"A deft storyteller who can beguile an audience." -- Waterbury Republican-American

"You kept us in it every moment, hanging on to what will they say next....” -- Dr. Julian Ford, UCONN Health 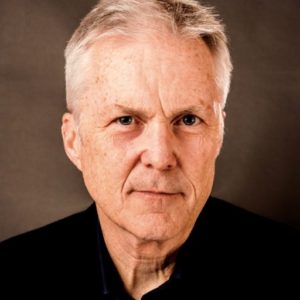 I have been telling stories since I was a kid. My passion for it grew from listening and watching my father; who was in the Polish Army and managed to escape Germany with the help of the underground resistance. He would tell me all about it in vivid detail. He came to America to start a new life. His stories about these experiences were life changing for me. Because of him, I wanted to tell stories, too.

I have been writing, directing and teaching for most of my life. That’s how I tell my stories. I create projects for both film and theatre. I have written and produced lots of educational and cultural programs for television. People also ask me to create films to help them teach and train—and I try to tackle these projects with interesting storytelling methods, often within a creative community. All combined, these platforms for “storytelling” make up my professional portfolio. They are my living, breathing storybooks.

The classroom is a creative space that I especially enjoy. It has offered me the most intimate stage to showcase my storytelling abilities. A well told story touches our senses and opens our minds, so I use my craft to take students into the world of an artist, writer, or performer; or inside a key moment in history; or to teach a complicated concept in a relatable, captivating way. As a teacher who works with future filmmakers, theatre artists, writers and actors, I feel my job is about tapping each student’s inner voice. I could listen to stories all day long. And for me, that’s the “key”— LISTENING. Students need to learn how to really listen. When producing a documentary on Horton Foote, I spoke with him at length about this. He told me that if he were to ever get a chance to teach writing again, he would teach students the art of listening. He believed that this was how one became a successful scriptwriter. That conversation has always stuck with me.

Whether it’s directing film, staging a play, or leading a group of students on a shoot or in rehearsals–when I do well at listening, good things always happen. I find that my voice begins to expand — and the more actively I listen the easier it is to recognize the many voices and multiple creative perspectives that are growing out of me. I like that feeling of engaging with others and collaborating on an idea.

My father never took a class beyond grade school. He never made a film or directed a play. But the hell he went through during World War II forced him to listen from within, and how to also listen carefully to others to learn to survive. Telling his stories kept him human, and filled him with hope during those times when he questioned his purpose, worth, and place in the world. One thing he knew for sure—that a person’s true “voice” always mattered. That’s what he taught me, and that’s what I hope to inspire in others.