It’s a rare experience when the interviewer really sees you or takes the time and effort to try to truly understand what one does and why. Ed captured the aspects of what I do that are the most meaningful to me.” –Anne Cubberly, Artist 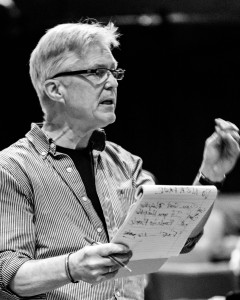 Ed is an Emmy Award winning writer/producer and director.

He first began  as a producer and reporter for Connecticut Journal, an hour long television magazine on Connecticut Public Television. CJ offered him a chance to develop his storytelling craft tackling long form segments on the arts, education, and community. His stories included in-depth conversations with important artists and performers including Gene Wilder, Arthur Miller, Joanne Woodward, Estelle Parsons, Richard Thomas, and numerous other Connecticut based artists, writers, and actors.

Ed’s  contributing work to Connecticut Public Broadcasting spans 17 years. He has written, produced and hosted six seasons of his Emmy Award winning “Spotlight on the Arts” for the TV magazine All Things Connecticut. Through Ed’s eyes and ears, viewers experience a unique, insider’s perspective on the process and “making of art,” with a focus on regional artists and creative organizations. His “Spotlight” work has appeared on numerous regional PBS stations. 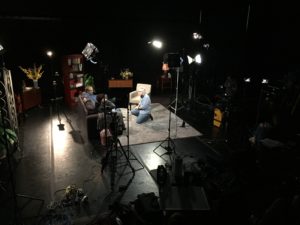 Currently, he’s working on a first-of-its-kind series with UCONN Health and the National Child Traumatic Stress Network. In collaboration with a team of psychotherapists, actors, and filmmakers, Ed produces and directs a collection of original stories that are re-creations of therapy sessions with a focus on adolescent trauma. 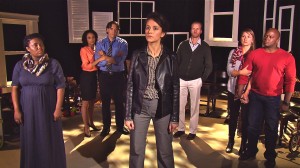 In 2016, Ed was recognized with the Community Partnership Award by the Connecticut Association of Adoptive and Foster Families for his original film, “Saying Goodbye, One More Time.” The project was created in partnership with the Connecticut Department of Children and Families.